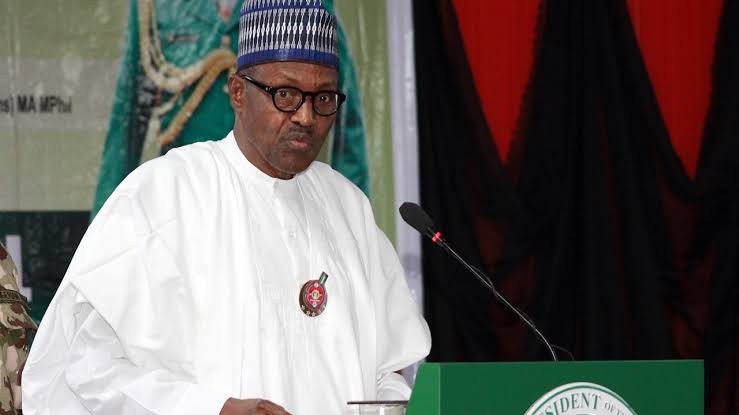 Although it has been a long winding road, we are closer now to our destination than when we began. Like a lone ranger on a mission, the President started a seemingly silent ‘revolution’ to grant autonomy to the legislature and judiciary of the States. This is a commendable development of the Muhammadu Buhari government, coming in the midst of its many challenges. It started with the 4th Alteration to the Constitution of the Federal Republic of Nigeria, which was initiated by the Saraki-led National Assembly. For sometime now, there has been nationwide clamour for autonomy for the State Houses of Assembly and the judiciary of the States, from the stranglehold of the executive arm of government. Cases were filed in court, in one instance leading to an epochal judgment in the one filed by human rights activist and former President of the Nigerian Bar Association, Dr. Olisa Agbakoba. But the executive only obeyed the said judgment in breach, leading to a nationwide strike by the Judiciary Staff Union of Nigeria, JUSUN.

As a way of overcoming this monumental constitutional challenge, a Bill was passed by the National Assembly, granting financial autonomy to the judiciary and the houses of assembly of the States, in 2017. In June 2018, the President assented to the said Bill and it became part of the laws of the Federal Republic of Nigeria. Even after that, the state executives would not budge. The President then decided to set up a 22-man Committee known as The Presidential Implementation Committee on the Autonomy of State Legislature and Judiciary, with the Honourable Attorney-General of the Federation as the Chairman. The mandate of the Committee was to ensure the full implementation of the 4th Alteration to the Constitution and thus free these important sectors of our democratic experiment, from the stranglehold of the executive arm. Last week, the President signed an executive order, to give effect to the 4th Alteration.We may gloss over this, or even deride the President for seeking to arrogate powers of the Constitution to himself, as some have done, but it takes patriotism and selflessness, for a sitting President to grant full autonomy to the other arms of government, in Africa.

The primary responsibility of the legislature under the Constitution is that of making law for the peace, order and good governance of Nigeria. It may clash with the executive arm at times, in the course of its oversight functions and during public hearings meant to prevent corruption and waste. The interface between the executive and the legislature also comes to fore during hearings for the confirmation of nominees for certain offices. In the recent past, this has generated huge controversies which escalated to a boiling point, at a time. Thus, it is expected that the executive should be in tandem with the legislature, for smooth administration and efficiency. But this was not so in the past, as a noticeable cold war had ballooned beyond control, between Aso Villa and the Green and Red Chambers led by Senator Saraki. The National Assembly was able to rescue itself from the grip of the executive by passing a law creating the National Assembly Service Commission to run its internal affairs and also to draw its budget directly from the Consolidated Revenue Fund. That has not been the case with the houses of assembly of the various States however, leaving them under the direction and control of the governors in those States. So that in most cases, the state legislature is more of an appendage of the executive, to the detriment of the people and indeed our democratic experience. But this administration decided to put an end to this.

The judiciary on the other hand, is empowered by the Constitution to entertain and determine disputes between persons and persons, between persons and government and between governments and governments. The conflict margin is more on the executive-judiciary angle because of the obvious and excessive impunity of the executive arm, especially the law enforcement agencies. The general thinking of most governors is to cage the courts and starve the judiciary of funds, as a means of rendering it ineffective, so that lawlessness can thrive unchallenged or where challenged, unchecked. Most governors are therefore not comfortable with a viable and independent judiciary, which they dread as a veritable tool in the hands of the people, to challenge and overturn all manner of excesses. Through the office of the Attorney-General and Commissioner for Justice of the various States, the executive governors have perfected the style of holding the judiciary captive, starving it of needed fund and infrastructure. So, in most cases, the judiciary is forced to go begging cap in hand, for funding. And assuredly as we all know it, he who pays the piper calls the tune. This was the very ugly scenario before the ‘revolution’ of the 4th Alteration to the Constitution, seeking to free the legislature and the judiciary, from the very firm grip of the executive.

Why should it be tagged a revolution? By the bold and innovative provisions of the Financial Autonomy of State Legislatures and State Judiciaries (Fourth Alteration, No.4) Act of 2018, the road was cleared for the funding of the Houses of Assembly and Judiciary of the States, directly from the Consolidated Revenue Fund of the States. The Act then amended the existing section 121 (3) of the Constitution by stating that “any amount standing to the credit of the House of Assembly of the State and the Judiciary, in the Consolidated Revenue Fund of the State shall be paid directly to the said bodies respectively; in the case of the judiciary, such amount shall be paid directly to the heads of the courts concerned.” In order to actualize the letters of the 4th Alteration, the President set up The Presidential Implementation Committee, for the enforcement of the provisions of the 4th Alteration Act, comprising seasoned professionals and other stakeholders.

The Presidential Implementation Committee on Autonomy of State Legislature and Judiciary (PICASOLEJ) was consequently inaugurated and charged to set the ball rolling. It later came up with a 12-point communique, some of the highpoints of which are as follows:

The executive order signed by the President is critical because it goes to the very root of the many problems associated with justice administration and the seeming docility and ineffectiveness of state legislatures. No matter the quantum of the amount of money released, the judiciary should have the power to determine its budget and spending, to prioritize its commitment level, all targeted at delivering justice to the people. The same goes for the State legislatures, to be more proactive, in deploying legislation to address the myriad of problems plaguing our land, especially in empowering the States to deliver durable infrastructure, to the people, starting with electricity.

There is something missing in this ‘revolution’ however, as you cannot give autonomy with one hand and withhold it with the other. Judicial independence cannot be measured by funding alone, but also in the willingness to obey and abide by all decisions and orders of the courts. The integrity of the judiciary is better achieved through willful obedience to the orders and directives of the courts. In this regard, so long as judges are living under some mortal trepidation of persecution on account of their decisions, as long as we still require persuasion to get the executive to obey court orders, then the judiciary cannot be said to be independent, no matter the amount of billions of naira thrown at the courts. My charge to the President is to extend the executive order to include compulsory obedience to all lawful orders issued by the courts and to prohibit any form of harassment or intimidation of judicial officers, however subtly it may come. When this is achieved, then we can truly say that the judiciary is autonomous and independent, and the ‘revolution’ can then become true and real.