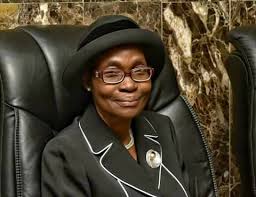 The Chief Judge of Ondo State, Justice Oluwatoyin Akeredolu, has rejected a letter from the State House of Assembly requesting her to set up a probe panel against the state deputy governor, Agboola Ajayi, over allegations of gross misconduct.

Speaker of the House of Assembly, Bamidele Oleyelogun, had on July 7 written to the Chief Judge to constitute a seven-man panel to probe the deputy governor.

Justice Akeredolu in her response to the letter rejected the request on the grounds that two-thirds majority as required by the 1999 constitution for setting up of such a probe panel was not formed in the assembly.