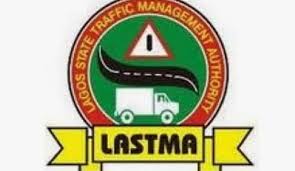 Barely some weeks after a fire outbreak destroyed 10 cars and one articulated vehicle at the premises of Lagos State Traffic Management Authourity, LASTMA, another fire outbreak has been recorded at the LASTMA Headquarters on Tuesday.

But this time the General Manager of LASTMA, Mr. Olajide Oduyoye said it was a minor incidence.

According to the Assistant Director Public Affairs, Filade Olumide, he confirmed the outbreak which fire emanated from a faulty air conditioner on the second floor of the building.

The LASTMA boss further observed that immediately the fire was noticed on the air conditioner, the headquarter staff following the past fire drill training, evacuated the building to a muster point where head count was taken while some of the staff trained in proper fire drill used the fire extinguishers located on all the floors of the building to douse the fire, the fire service were immediately summoned through a telephone call.

Oduyoye also noted that the Lagos State Fire Service promptly responded to the call, put out the fire which was still slightly burning from the air conditioner and ensured that the fire did not spread inside the office where it occurred or the whole building.

The General Manager thanked all the staff and the Firemen for taking prompt action thereby averting the untold damage that could have occurred to the human and material resources of the Agency which could have been a setback.

He further enjoined all to always alert to the happenings in their environment at all times.