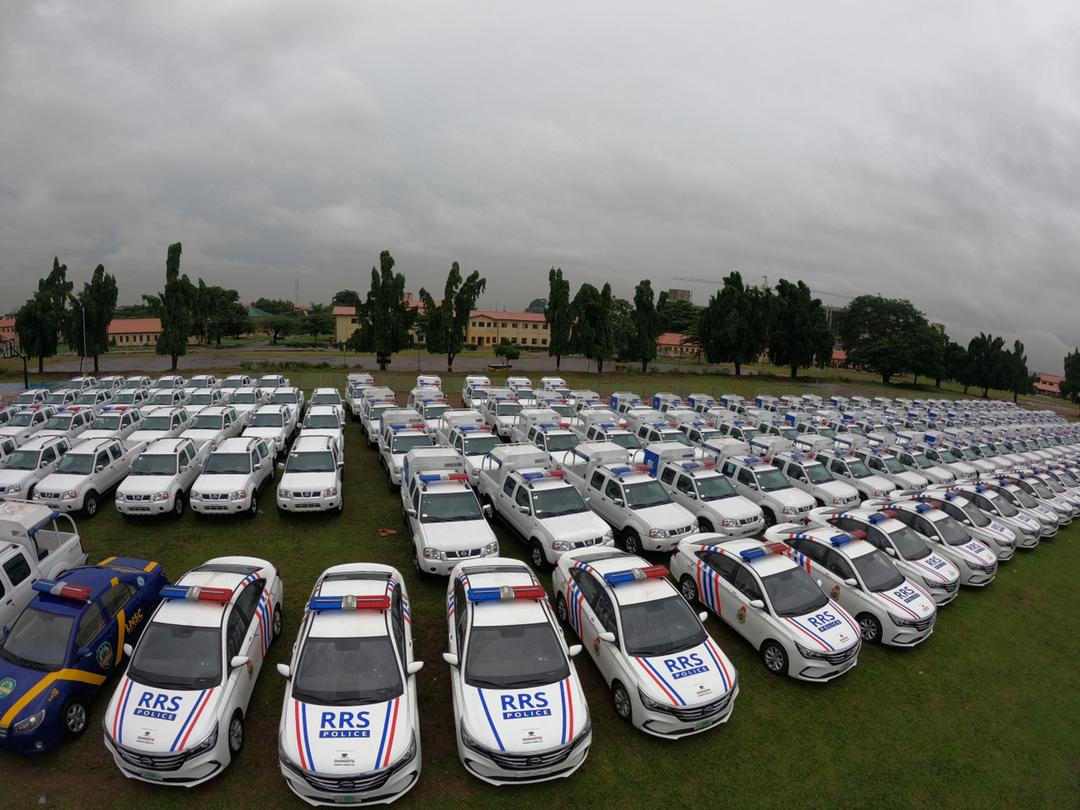 Governor Babajide Sanwo-Olu on Thursday handed over 288 vehicles to the Nigerian Police in Lagos State during President Muhammadu Buhari’s visit to the state on Thursday.

The vehicles and other combat-ready policing equipment were provided by to boost the morale of security agencies and to improve on the overall security in the State.

This latest development by the number one security officer is in tandem with the state government security aspect of the THEMES Agenda.