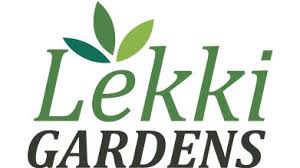 The Chief Executive Officer of Lekki Gardens Estate Limited, Richard Nyong may have more than what he bargained for if the contempt charge against him is successfully prosecuted.

This is as a result of the case being pursued by the residents of Osborne Ikoyi in the ongoing face-off with the Lekki Gardens.

The Registered Trustees of Osborne and Foreshore Residents Association, Ikoyi Lagos, have filed an application urging the Court, to commit Nyong to prison.

In the application, the association also urged the court to jail the Project Manager of Lekki Gardens, Engineer Kehinde Dawodu, for allegedly flouting the order of the court ordering them to stop work.

But in an affidavit attached to the application, the residents claimed that the two alleged contemnors in total disregard for the order of the court have continued to work on the site.

The residents also urged the court for an order cordoning off the estate of Nyong and Engineer Dawodu, known and situate at, Signature One on Royal Palm Drive; Signature two, Le Chateau, Insigma and Foreshore Towers on Acacia road, within the Estate in disobedience to the order of the court.

Furthermore, they are asking the court for an order directing the Assistant Inspector-General of Police, Zone 2 Command to immediately arrest, detain and produce before the Court, any contractors and or workers found on the properties being developed by both Mr. Nyong and Engineer Dawodu within the Estate or any other property currently being developed by the Respondents within Osborne Foreshore Estate II, Ikoyi, Lagos.

The controversial issues accorrding to the  affidavit deposed to by an Admin Manager of the Osborne Foreshore Phase II Residents’ Association, Ifeoma Maduakor alleged that on July 9, 2021 Justice Oweibo, granted an interim orders restraining Lekki Gardens Estate Limited and Foreshore Waters Limited from further developments on their sites within the Estate, pending the hearing and determination of the motion on notice for interlocutory injunction.

According to the Deponent, the interim orders with the Originating summons in the suit and the Motion on Notice for interlocutory injunction were all duly served on Lekki Gardens Limited and Foreshore Waters Limited, on July 12, 2021, and duly acknowledged by the respondents.

But the deponent however stated that  without regard to the proceedings of the Court, Engr. Kehinde Dawodu the Project Manager, acting on the instruction and directive of Richard Nyong, the Managing Director and Alter ego of Lekki Gardens Limited and Foreshore Waters Limited, by a letter dated July 22, 2021, headed “IMMEDIATE RESUMPTION OF WORKS AT OSBORNE FORESHORE ESTATE 2” addressed to all the contractors and workers of Lekki Gardens Limited and Foreshore Waters Limited, directed all the said contractors and workers to return to their sites within the Estate from July 23, 2021, to continue the developments, which the Court had earlier ordered to stop.

They claimed that Officers of the Lekki Gardens Limited and Foreshore Waters Limited together with their contractors and workers, in company of some policemen stormed the Estate with heavy duty trucks and proceeded to the sites within the Estate to continue developments and construction works.

But at the resumed hearing of the suit, the respondents Counsel, Mr. Tola Oshobi, SAN, challenged the interim order issued by the court.

According to him, there is a subsisting order by the High court of Lagos State, ordering parties to maintain status quo, adding that it is an abuse of court process, to scuttle a pending valid court order.

The presiding Judge, Justice Oweibo, after listening to the arguments adjourned till August 10, 2021 for ruling.