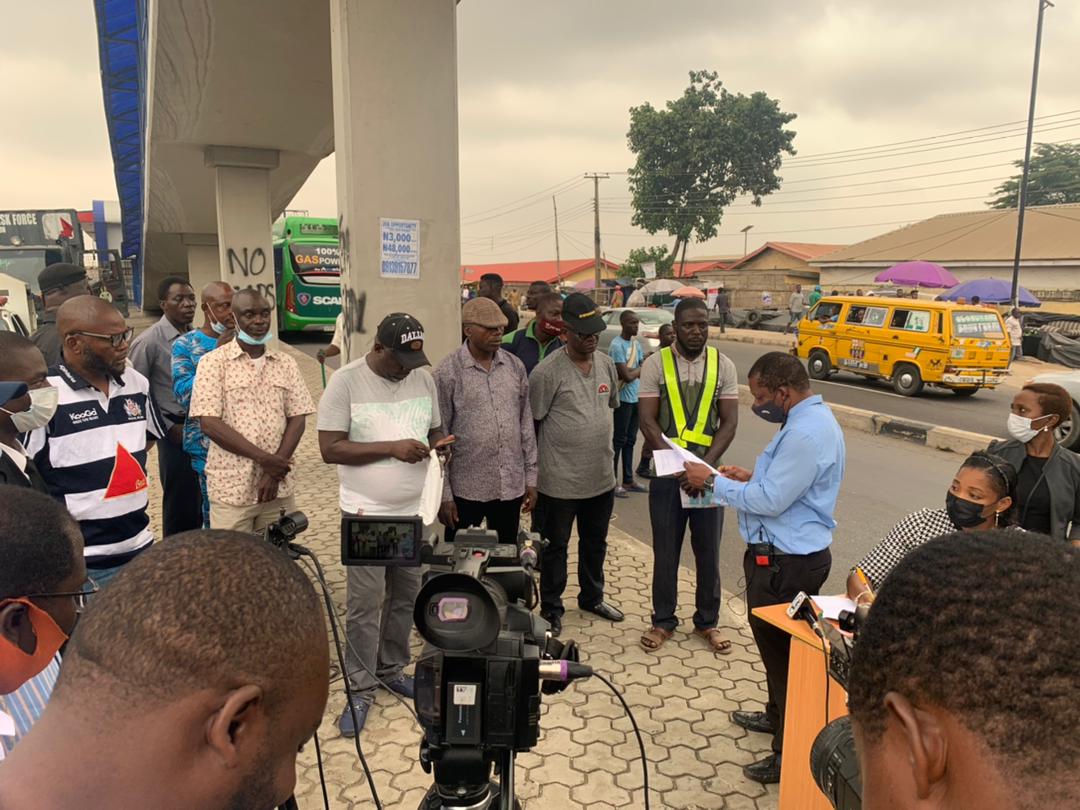 About 10 vehicles were impounded for plying BRT corridor and tried at Cement Bus Stop on Lagos – Abeokuta Expressway.

CSP Shola Jejeloye said the operation was aimed at reducing traffic offences in Lagos metropolis noting that it is worrisome the manner motorists abuse the use of BRT Lane.

He pointed out that apart from BRT buses, operational vehicles and ambulances with patients on emergencies are allowed to ply the BRT lane. He added that all manner of people use one excuse or the other to drive on the BRT lane.

The Chairman stressed that the team was out to curb traffic offences in order to make our road safer for other road users.

The Coordinator of the Lagos Mobile Court, Mrs Arinola Ogbara – Banjoko stated that the joint operation of the two agencies would hold weekly and is aimed at minimizing traffic offences on the road.

She added that safety on the road is crucial in a megacity like Lagos, stressing that offences like driving against traffic are serious offence that shouldn’t be taken lightly.

He noted that 15 traffic offenders were tried. “This is going to be a sustained weekly operation”.

The offences the vehicles were charged for are: Driving on BRT, Obstruction, Expired papers, No registration among others.