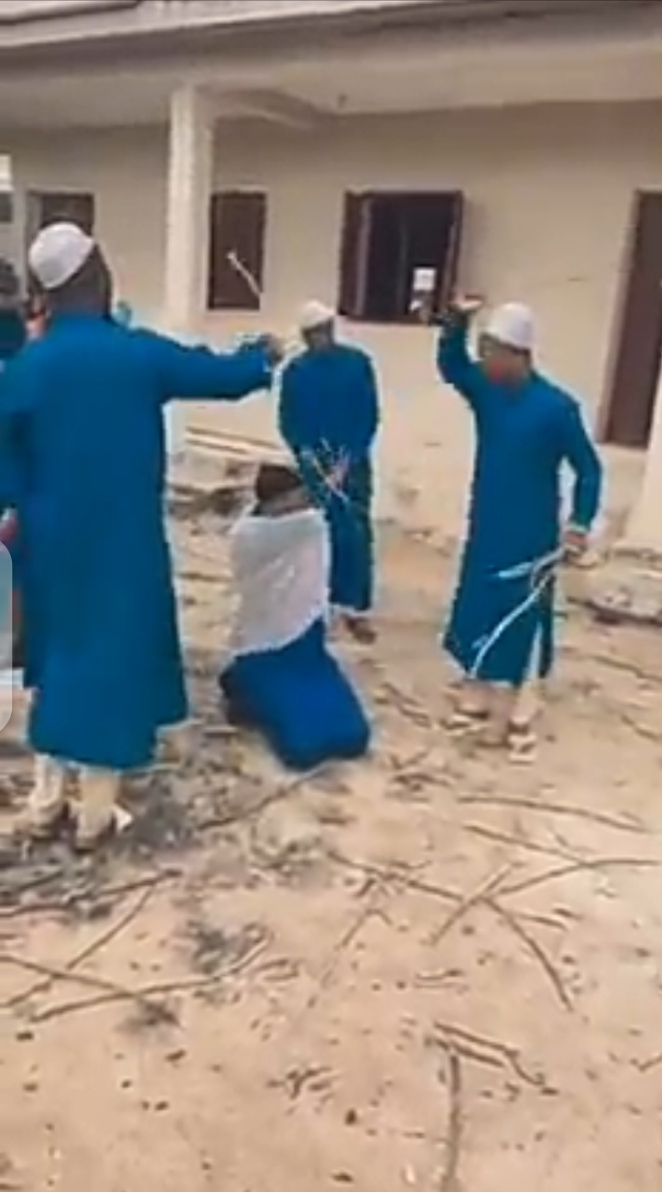 Like a reminiscent of the Taliban Rules in Afghanistan, most Nigerians watched in horror as a female Islamic student in Kwara along with four of her mates were publicly flogged on the order of the Mardrasah’s Head and videoed.

Now, the latest report from the State is that the Government has stepped in and ordered a drastic action to redress the humiliation.

After a visit of the Kwara State Government’s delegation to the Arabic school whose students were seen in a video footage being punished for alleged conducts conceived to be contrary to the rules of the school, the Head of the school confessed to ordering the flogging and he has been suspended to give room to a thorough investigation.

As a follow up, the government has order the immediate medical treatment for the affected students.

A statement signed by Hajia Sa’adatu Modibbo Kawu, the Commissioner for Education and Human Capital Development said the team comprised of the Special Assistant to the Governor on Religion (Islam) Alhaji Danmaigoro; Dr Saudat AbduBaqi of the University of Ilorin; Mallam Lawal Olohungbebe of Kwara State University; and Chief Press Secretary to the Governor Rafiu Ajakaye.

It stated that the team was joined by the Divisional Police Officer Ganmo SP Oko Nkama; and a representative of the NSCDC DSC Parati AbdulHameed.

According to the statement, the Government team carefully listened to the authorities of the Arabic school, the father of the sole girl in the video, and four other students involved in the unsavoury development.

However, regardless of the explanations of the authorities on the development, the self-confessed consent of the parents and regret of the affected students, the government seriously frowns at the harsh beating seen in the footage.

Consequently, the Government has directed the setting up of an investigative committee, comprising Muslim scholars, leaders and government officials, to look into the issue while the head of the Arabic school, who admitted to directing the punishment, has been asked to step aside pending the conclusion of the investigation.

The Government has also taken the affected students to a public hospital for proper medical examination and treatment. This is to ensure that none of them suffers any physical or psychological damage.

The Government appeals for calm while the committee does it works and submits a report for further action.