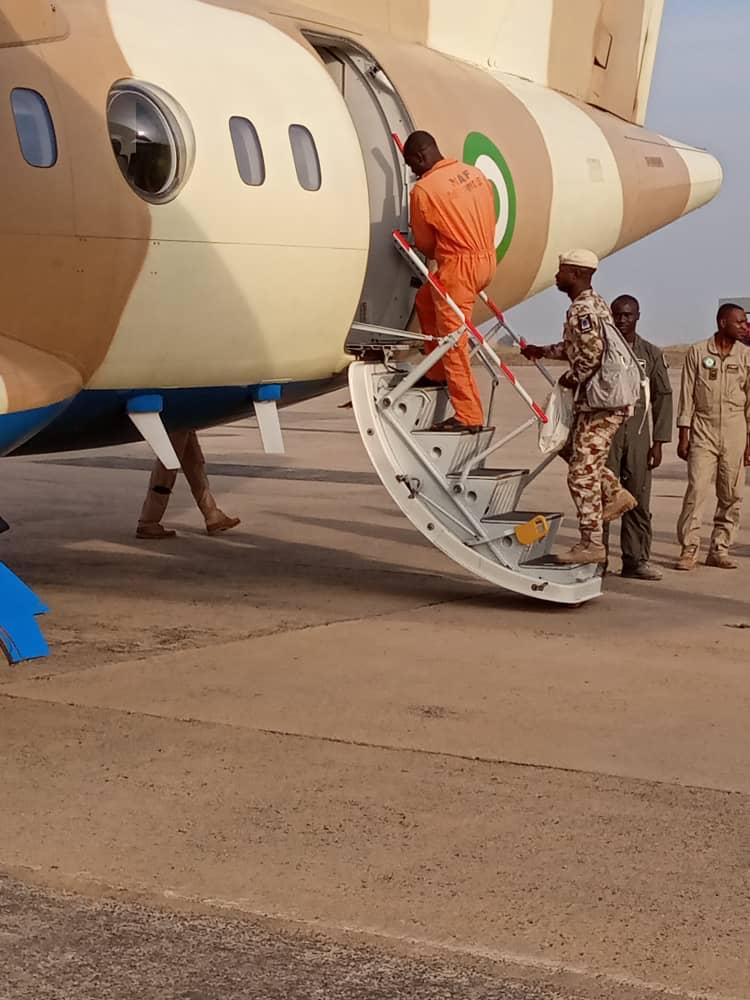 An Airforce Sergeant Torsabo Solomon of 153 Base Support Group, BSG (Airforce Comprehensive School Yola, Adamawa state) has been arrested in connection with bandits attack at the Nigerian Defence Academy, NDA, in Kaduna which took place two months ago.

The arrest followed the order of his Base Commander on the request of the Commandant, Nigerian Defence Academy, NDA, after preliminary investigations indicted him for an offence connecting him with arms and ammonition with recent bandits attack at the academy.

The accused was conveyed in an Airforce military plane from Yola to the Academy, Kaduna for further interrogation.