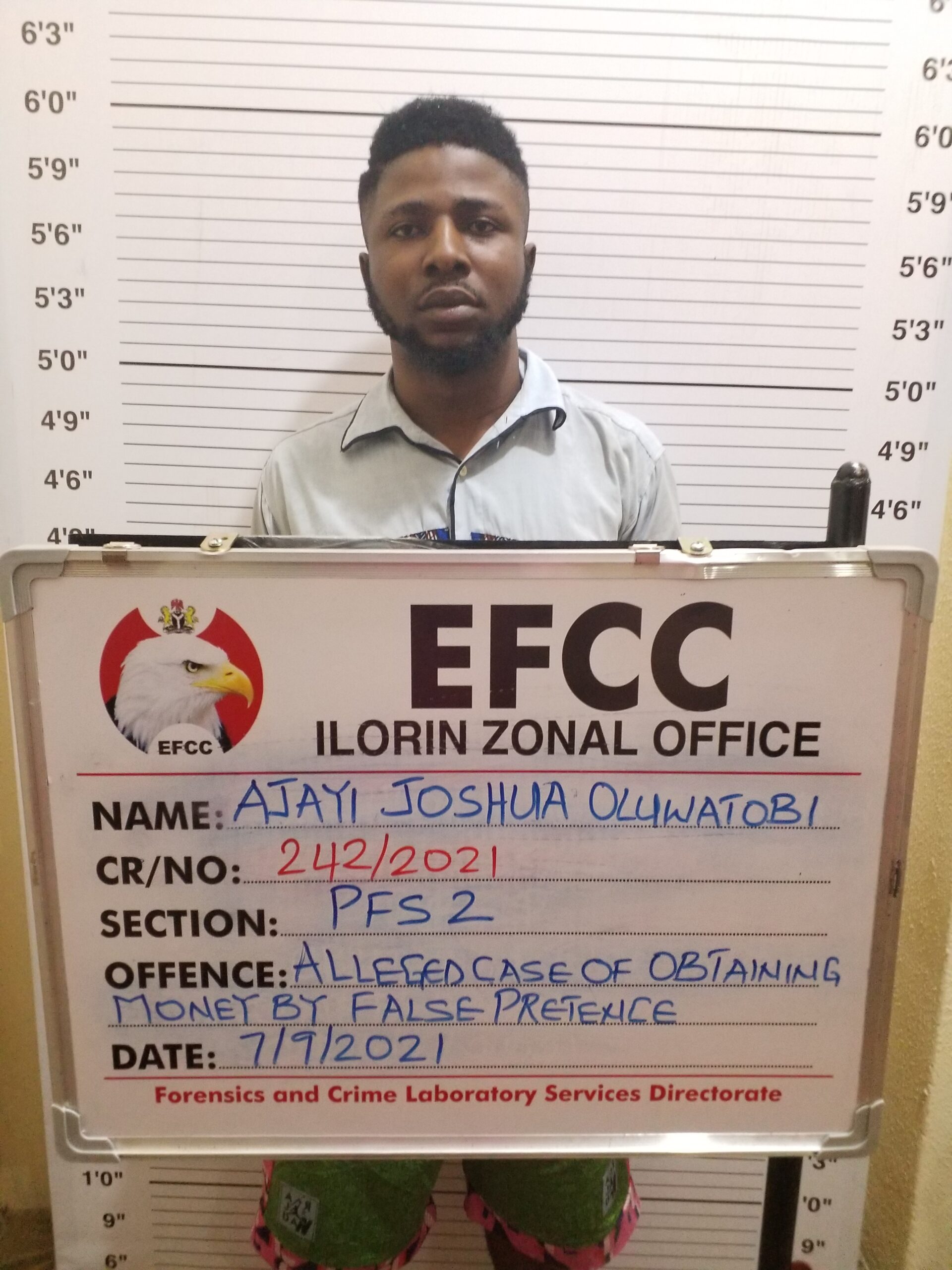 Twenty-nine-year-old ex-convict, Joshua Ajayi Oluwatobi has been sentenced to 28 years imprisonment for impersonating the Dean Student Affairs, University of Ilorin and others to defraud unsuspecting students seeking to pay school fees and hostel accommodation.

The judgement was delivered by Justice Mahmud Abdulgafar of the Kwara State High Court, Ilorin on Monday, November 29, 2021.

The Ilorin Zonal Command of the Economic and Financial Crimes Commission, EFCC, had on Tuesday, November 23, 2021 arraigned Oluwatobi on a four-count charge bordering on fraud, attempt to defraud and impersonation, to which he pleaded guilty.

Barely a little over a year, Oluwatobi, had in June 2020 been convicted by Justice Sikiru Oyinloye of the Kwara State High Court for similar offence.

After spending time at Mandala Correctional Centre, the convict returned to crime, and was again arrested by operatives of the EFCC and brought before the court.

The defendant thereafter entered a guilty plea but the prosecuting counsel, Andrew Akoja, presented a witness, one Musa Muhmmad Sani, an operative of the EFCC, through whom he reviewed the facts of the case and presented documents to establish the culpability of the defendant in the crime.

Akoja urged the court to consider the uncontroverted evidence of the prosecution before it, the admittance of guilt by the defendant and convict him as charged.

Justice Abdulgafar while pronoucing judgement on the convict said the material evidence placed before the court has shown that the prosecution had proved its case beyond reasonable doubt.

The judge pronounced Joshua Oluwatobi guilty of the four counts and sentenced him to seven years imprisonment on each count, to run concurrently.

The court also ordered the convict to restitute his victims.