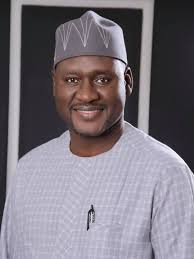 In furtherance of its advocacy on priotising Protection of Civilians, PoC, amidst the insecurity in the country and the back-and-forth accusations following the recent ‘leaked’ #EndSARS report highlighting key protection gaps, the Civil Society Legislative Advocacy Centre, CISLAC, with the support from Open Society Initiative for West Africa, OSIWA, at Media Interaction on The Rousing Government Primacy To Protection Of Civilians: Interrogating the State As A Guardian Or Threat? called on government for urgent actions in protecting Nigerians and their property, Funke Busari reports

According to Auwal Musa Ibrahim (Rafsanjani), Executive Director of CISLAC, the growing of violence in Nigeria has reached an unacceptable level, referencing statistics and reports that the country has overtaken Afghanistan and Somalia in terms of kidnapping and banditry.

He cited Section 14 of the 1999 Constitution as amended being the framework that states that the security of the people shall be primary purpose of government and the participation by the people in the government shall be ensured in accordance with the provisions of the law.

He therefore urged the state to serve as a guardian of its people, in the spirit of the law, as he advocates, “No man has the sovereignty to threaten lives and no human ambition is worth it,” he said.

To this end, Mr. Salaudeen Hashim succinctly reiterated the frontliner in advocacy for protocols in Lagos on Monday: “We want the President to sign the bill for the Protection of Civilians, PoC.”

Secondly, “There should be a monitoring and evaluation framework that is developed around it.

Thirdly, “That the enablers of citizens vulnerability comes from poor recruitment of personnel and that there should be some level of oversight around it.

Fourthly, “For anything that is done around clivilian protection, it has to recognise and take on board the need to develop an indicator that would help and facilitate good monitoring.”

The frontliner in the advocacy for protocols on PoC, and Civilian Harm Mitigation, CHM, acknowledged that the legislation would address high level of insecurity, particularly armed conflict in addition to domestic and international frameworks as empowering the government to protect lives and properties of the citizens.

However, in his media address, Rafsanjani noted that documented killings and other issues of insecurity reflect that the state of insecurity in the country translates to mere campaign promises by Muhammadu Buhari who pledged to combat insecurity about five years ago before being elected into office as President.

Based on this premises, CISLAC called on the government at Federal government to wake up to their responsibility as to providing security and safety of Nigerians.

Rafsanjani said via a address projected to journalists, “This is where we call for, as a matter of urgency, consider the adoption of the Protection of Civilians and Civilians Harm Mitigation policy into law.”

Giving the insecurity situation in Nigeria, he aligned with the desire of Nigeria citizens for a positive change in combating the challenge, thus he again reminded the media to raise, draw attention and demand for a legal framework to protect Nigerians from the armed conflicts.

Also speaking on the high level of vulnerability in the country, CISLAC’s Mr. Hashim said the frontliner in protocols have engaged with policy makers and services.

He also informed that the state actors have demonstrated commitment.

He explained, “If the government put the PoC policy in place, it will become the first country in Africa to do so, and we think it is something fundamental that the country write its name on the epitaph of good governance.”

He added, “Currently, there is a policy before the Federal Executive Council and there is also a bill before the National Assembly. These two Bills – frameworks at different level have gone far and we are hoping that if the president passes these before the end of the year, it actually gives him a lot of global recognition.

“And so, I speak to the President this day and I request that as a matter of urgency, put in place the policy that protects civilians and he will get global recognition.

He also gave voice on the denial around the ‘leaked’ Lekki Incident EndSARS panel report, he countered the government,

“Basically the denial is a system that does not coordinate or have a tradition of making amends and would certainly come up with such a denial.”

He queried, “You can not deny your own product and that for me is an issue.”

“And I think they should call those proxies of government who actually denied the report to order because you can not for any reason deny a product you also put in place.

“The state actually recognised those panels, calling it illegal is actually completely out of place. It is when you recognise where the fault lies and the root causes are, that is actually is the fundamental space that you need to engage even more.

“There is nothing wrong when a mistake happens and you recognise and accept it and you are able to make amends going forward. Those are actually the kind of recognition that you need to make things happen differently.”

He said the pronouncement from the Minister of Information is actually compromising the outcomes of the White Paper on the panel eventually.

“I think there should be some level of coordination within various government agencies and we have seen this actually playing out since the outcome of this particular regime when there are altercations and denials on various reports and products of the system.

“Basically, I think already the report will be rubbished and there is a need for us to have a new conversation as to all the recommendations and policies that are put in place.

“There are about 32 recommendations in that report. What exactly are we doing in terms of making them a reality? That should be our conversation and not the idea of denying them, mistakes have happened, we should own them up and owning them up in itself is an amend process and they can begin to soothe somethings and can help us to make some progress but if we do not do so, we continue to fire resentment and people gets angry with the state and that can also be recipe for a new conflict.”