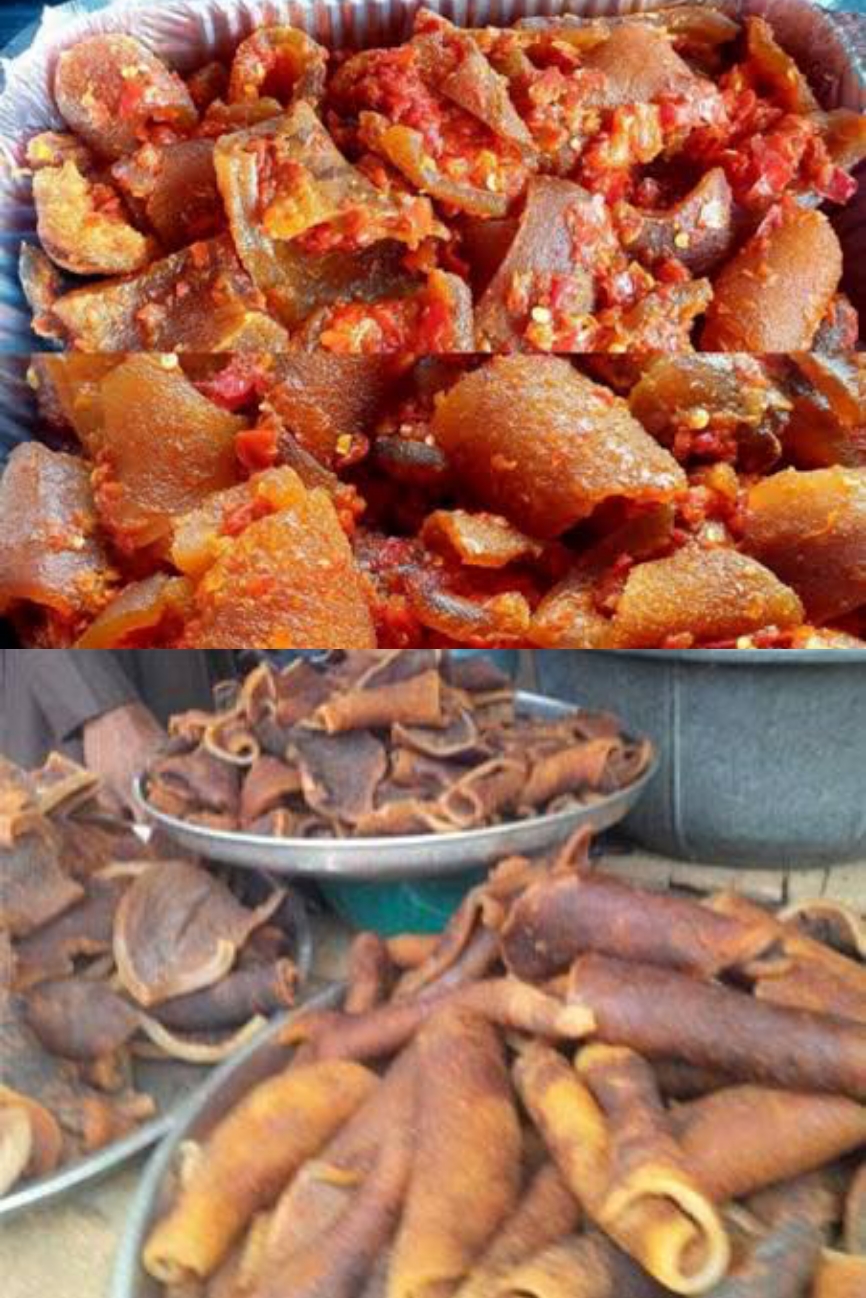 The Chairman, Section on Public Interest and Development Law of the Nigeria Bar Association, NBA-SPIDEL, Dr. Onyekachi Ubani has threatened to drag the Federal Government of Nigeria to court if they make good their threat to ban the chewable delicacy known as Ponmo in the country as reported in the news.

This is the position of the Lagos based lawyer today when news broke out that the federal government is planning to banish the delicacy from the dinning tables across the nation.

Dr. Ubani insists that Ponmo is the common delicacy that is mostly enjoyed by the citizens due to its affordability. Fish, meat and other proteins have become very expensive and thus unaffordable by the common man in Nigeria.

He wondered why the nation’s leaders derive so much pleasure in inflicting pain and agony to the common man in every aspect of governance. He qerried why and how government always go against the things the common man derive pleasure in?

“The truth is that ponmo remains the most constant meat-like substance in stews and soups in many kitchens and it beats our imagination that every government in Nigeria has always plan to take away that substance from their dinning tables”.

While politicians and rich Nigerians chew all manner of proteins in every of their sumptuous meals with their loved ones, they have become restless and jealous of the only thing that the common man chews while eating their meals of “affliction.”

Is such government pronouncement and policy of baning ponmo fair and just? The health danger of ponmo is yet to be proved conclusively within the scientific community. Besides, no Nigerian has died and it is announced that ponmo was responsible. So what are they talking about?

Dr. Ubani advised the government to desist from the threat and ensure that such wicked and callous policy do not see the light of the day. However if they fail and refuse to abide with this free advice, they should be prepared for a prolonged legal suit that may end up in the Supreme Court of Nigeria on the illegal ban. “I shall be prepared to undertake this public interest case on behalf of millions of Nigerians who consider this delicacy too palatable to be taken off their meal table, moreso when it remains the only affordable substance that has a semblance of meat and fish while enjoying it.

A word is enough for the wise, he concluded.

Earlier in July 2019, a government agency, the National Agency for Food and Drug Administration and Control, NAFDAC, had warn Nigerians to be careful when buying Ponmo.

The warning through the Director General NAFDAC, Moji Adeyeye said investigations showed that unscrupulous businessmen and traders are now diverting animal hides meant for industrial use into the food chain for consumption.”