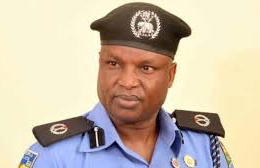 Operatives of the Nigeria Police Force Intelligence Response Team, IRT, have given a detailed account of how it arrested one Friday Domozu, 23 years native of Jarkama Village, Bassa LGA of Kogi State, the leader of the kidnap gang responsible for the abduction and killing of a-six-year-old girl, Farida Yahaya at the Gabije Area of Kogi State on 2nd November, 2020.

According to a statement released by CP Frank Mba, the Force Public Relations Officers, the victim was abducted alongside one Abdulraheem, 14 years old who narrowly escaped from the kidnappers den.

Further investigations by the Police team revealed that the kidnappers demanded a huge sum as ransom from the family of the little girl before she could be released, but eventually killed her following the inability of the family to meet their demands.

Security efforts led to the arrest of Friday Domozu who led the Police Team to a deep forest at Gabije area of Kogi State where the remains of the little girl were recovered.

Also exhumed was the decomposing body of another victim later found to be that of one 40 years Ibrahim Madaki earlier declared missing.

In his statement to the Police, Friday Domozu also revealed to the Police team that he is an ex-military trainee who was declared unfit and subsequently withdrawn 5-months into training based on medical grounds.