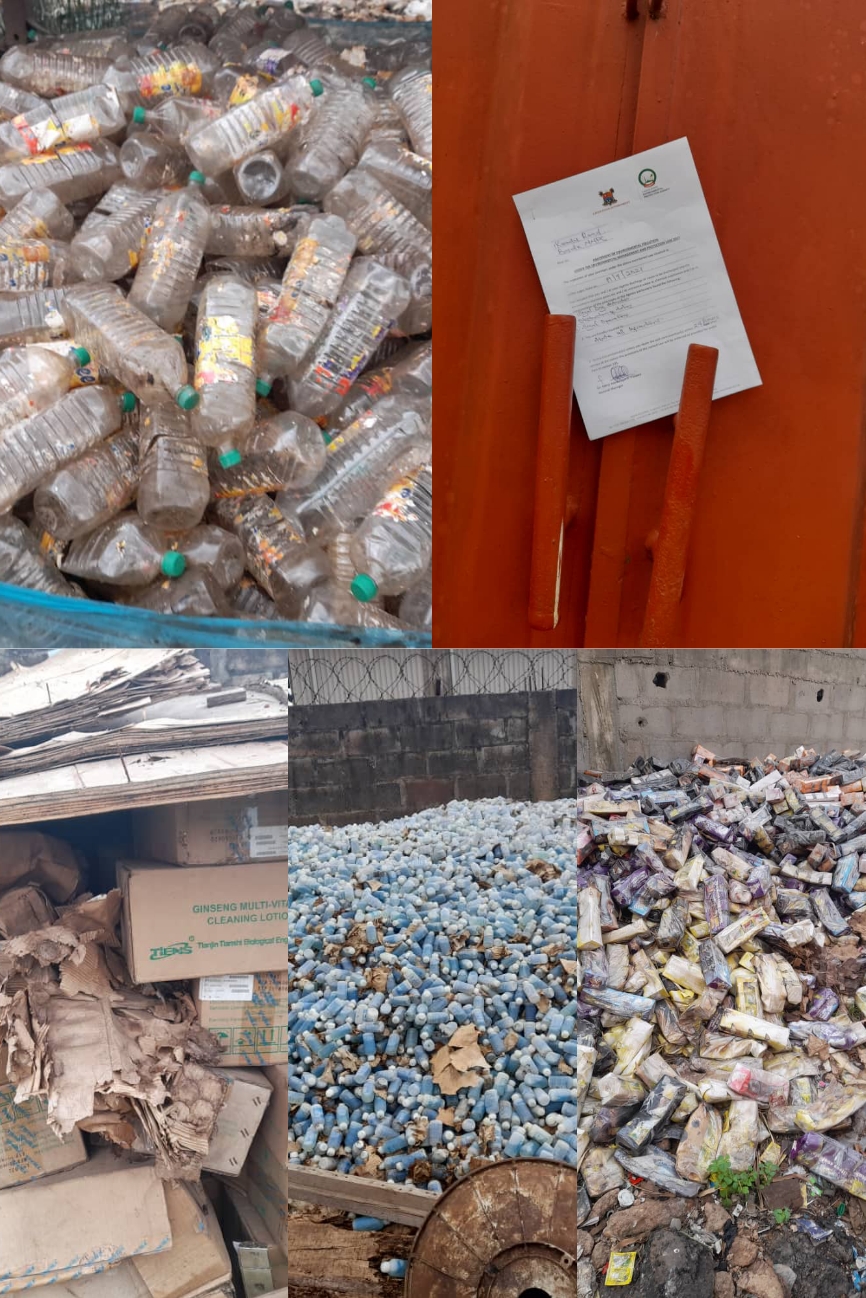 Officials of the Lagos State Environmental Protection Agency, LASEPA, has sealed up a two-storey building in Ikorodu area of Lagos.

This follows the discovery of an illegal storage and scrap yard at the backyard of the building.

A statement signed on behalf of LASEPA by its Spokeperson, Bola Ajao said expired drugs and other dangerous chemicals and harmful substances are repackaged for sale at the premises.

Speaking after the enforcement exercise, the General Manager, Dr. Dolapo Fasawe informed journalists that the agency received anonymous call from concerned residents about the unfriendly enviromental activities taking place at Salvation Avenue, Off Ikorodu, Owode Onirin Lagos and negative attendants on the lives of residents if not timely curbed.

She said: “Our team, on first visit were refused entry and could not access the property due to strong resistance from the security guards who claimed the premise was a private property and unavailability of occupants at time of visit. Our conducts are guided by world best practices and thus, posted an abatement notice, to invite the property owner or concerned person and which was flagrantly ignored.

“We however discovered during our second visit, that the building which sits atop expanse four plots of land with invalid address, housed an illegal scrap yard that engages in nefarious activities such as storage of unwholesome processed foods, repackaging of drugs and juice drinks, improper destruction of expired drugs, chemicals, recycling of metals as well as dismantling of electrical and electronics waste within the premise.  “It’s worrisome to note that people operates unlawfully in a residential environment unchallenged by neighbours. Individual selfish interest must not be allowed to supercede communal benefits. We must be mindful of who we are allowing into our neighbourhood and consequences of our actions on the society.”

The LASEPA boss added that it was  pertinent to note that all expired drugs, chemicals as well as E-waste materials must be treated and recycled in a sustainable environment before disposal into the environment.

“To protect our earth, from Manmade disaster, report all unlawful conducts to the authourity for timely intervention,” Fasawe reiterated.

According to her, the Lagos State Environmental Management and Protection Law of 2017. Section VI,  sub sections 181, 182,183 185 prohibit individual or group from discharging into the environment any untreated waste or chemical substances listed in any Federal and State law in force, except by regulations made under this law and Federal law.

The LASEPA boss added that the law empowers the agency to use the provision of the law on flagrant polluters, even as she enjoined all E-waste recycling operators to ensure they are register and accredited by her agency as there would be no hidden place for illegal operators in the state.

Investigation on going as samples taken are submitted at laboratory for analysis.