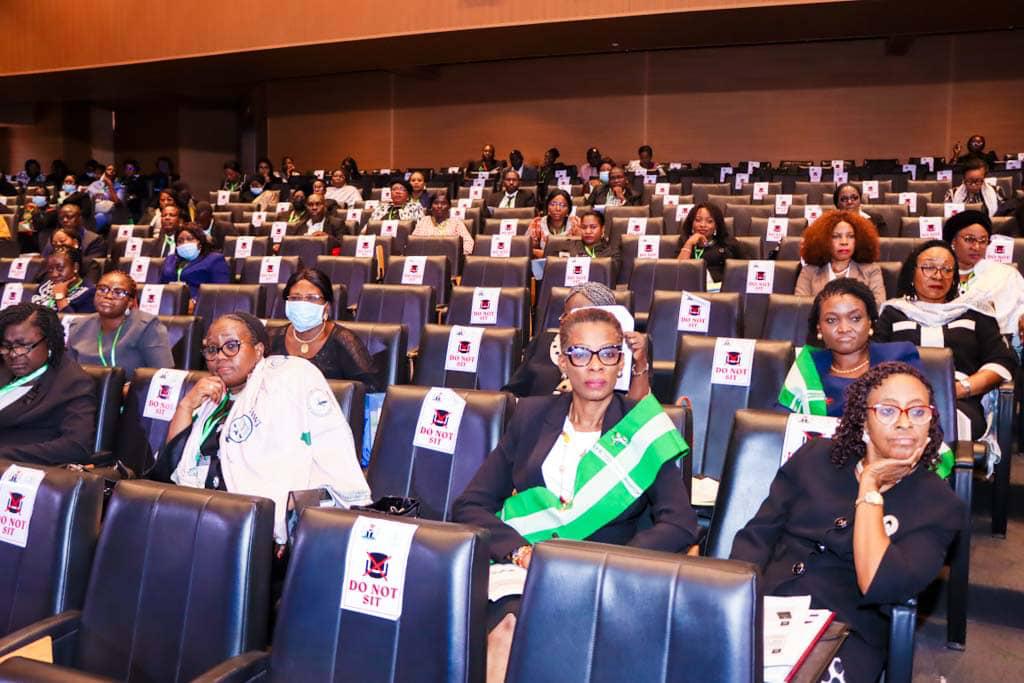 The Director General of the National Agency for the Prohibition of Trafficking in Persons, NAPTIP, Dr. Fatima Waziri-Azi, has called for stiffer sentencing for human trafficking offenders and perpetrators of Sexual and Gender Based Violence, SGBV.

Calling on judges across the country on Monday, the Director General urged them to ensure that sentencing should be commensurable with the magnitude of offences committed by human traffickers and perpetrators of SGBV.

She said this in Abuja during a 2-Day Capacity Building Workshop of the National Association of Women Judges, NAWJN in collaboration with the National Judicial Institute, NJI.

According to a statement by the agency’s Press Officer, Mr. Vincent Adekoye made available to CASEFILE, he noted that the Director General is unsatisfied with how some of the offenders often go home with light sentencing.

She is of the view that a stiffer sentencing will send message and serve as major deterrent to offenders.

She said that the Agency now records cases of repeat offenders which poses a grave danger to the dimension of human trafficking in the country.

While delivering a lecture titled: “Human Trafficking: An Appraisal of the Trafficking in Persons (Prohibition) Enforcement and Administration Act, 2015: Challenges and Prospect,” she advocates that the judges’ intervention is critical, even as she reels out the painful testimonies of victims of human trafficking.

According to Mr. Adekoye, Dr. Waziri-Azi, held the participants spellbound as she reels out the painful testimonies of victims of human trafficking, submitted that judges have indispensable roles to play in the eradication of human trafficking, curtailing of incidence of rape and minimising the rising cases of sexual and gender based violence in the country.

The Director General highlighted that it is important to be adequately acquitted with the provisions of the Trafficking in Persons (Prohibition) Enforcement and Administration Act, 2015, TIPPEA.

She pointed out that “The aim of the Act as stated in Section 1 is to provide an effective and comprehensive legal and institutional frame work for the prohibition, prevention, detection, prosecution and punishment of human trafficking and related offences in Nigeria, protect victims of human trafficking; and promote and facilitate national and international cooperation.”

Based on this fact, the NAPTIP Director General, Dr. Waziri-Azi appealed to the judges, “I am pleading with you all my Lords, the Judges to always consider the stiffer penalties and convictions that are commensurable with the magnitude of crime. This is very important as it serves as deterrent and it will assuage the trauma of the victims.”

She enumerated some of the operational challenges face by NAPTIP to include low reportage, the relationship between suspects and victims, lack of cooperation from the source/vulnerable communities, difficulty of procuring witnesses from remote areas, unavailability of lawyers to take up civil cases on behalf of victims on Pro-Bono basis, thus making it difficult for victims to get compensation from their traffickers.

Despite the challenges above, Dr. Waziri-Azi, disclosed that the Agency has convicted a total of 519 traffickers, rescued and counseled 17,727 victims, sponsored 17 victims to higher institution, out of which 3 were employed in the service of the Agency, established 20 State Task Forces across the country and increased partnership with diverse stakeholders with a reloaded advocacy and sensitisation.

Earlier, the Chief Justice of Nigeria, Hon. Justice Ibrahim Tanko Mohammed, said Sexual and Gender Based Violence against women are severe human right violations that must be addressed with all the seriousness it deserves, adding that the roles of female judges in the adjudication of gender-based issues cannot be over emphasised.

At the first technical session chaired by the Justice of the Supreme Court, Hon. Justice Amina Augie, the female judges were particularly angered that while victims of human trafficking and other abuses are left in a pitiable traumatic state and nursing their wounds inflicted upon them by heartless traffickers having been exploited, the traffickers are often pampered erroneously or unintentionally with light sentencing.

The judges resolved that efforts should be made by presiding judges to consider the plight and exploitation of victims in deciding the cases of human trafficking and domestic violence thereby overlooking some of the salient technicalities which often deny them adequate justice.

While commending the Director General of NAPTIP for her tireless efforts in the fight against human trafficking in Nigeria, the female judges called for synergy among Law Enforcement Agencies in the country as well as advocacy and awareness in order to reduce the vulnerability of the people and get the judges properly informed on all emerging counter trafficking legal frameworks.

The workshop was attended by female judges, prosecutors, development partners including the Action Against Trafficking and Smuggling of Migrants, A-TIPSOM, and other stakeholders across the country.