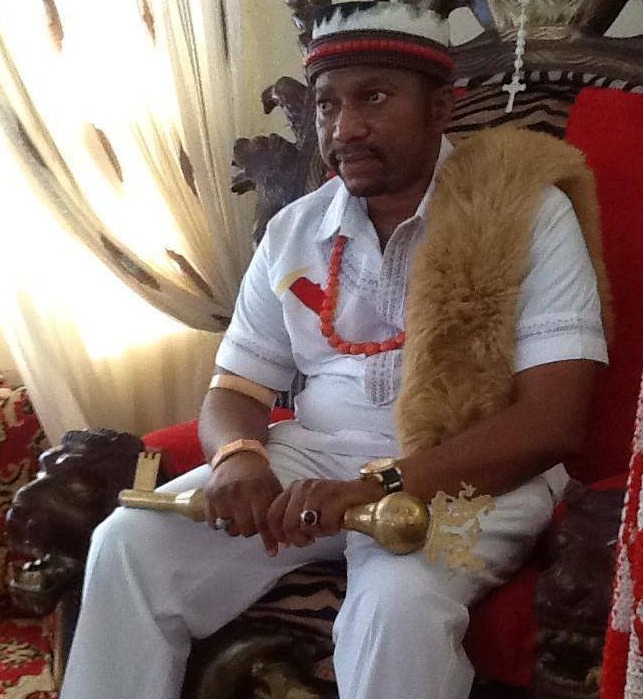 The Alor Peoples Convention has expressed their gratitude to the Anambra State Governor, Willie Obiano for pardoning their Igwe, M.C Elibe Okonkwo, Ezedioramma III of Alor Kingdom who was recently suspended by the State Government.

The Alor Peoples Convention described the pardon as a valuable Christmas gift to the Community.

They urged the governor to ignore the insinuation alleged from the camp of the Minister of Labour, Chris Ngige that the community is not happy with the governor’s decision.

According to the community, the Ngige camp is at loggerheads with the Igwe because it is not happy with his emergence as the Igwe.

It is also calling on the Inspector General Of Police to provide security for the community based on the intelligence report that some people reportedly from the Ngige’s camp are planning to foment trouble by fixing their own ‘OFALA’ on the Same Day with OBI-ALOR venue.

With joy unspeakable and unprecedented gratitude The ALOR PEOPLES CONVENTION, IGWE IN COUNCIL, Modern Alor critical stakeholders, community LEADERS, Village heads/chairmen want to use this medium to say thank you to the Executive Governor of Anambra State, Chief WILLIE OBIANO, AKPOKUEDIKE GLOBAL for listening to our plea few months ago when we gathered at Awka to plead for him to tamper justice with mercy on our beloved and humble IGWE M.C. ELIBE OKONKWO, EZEDIORAMMA III OF ALOR KINGDOM and lift the suspension placed on him by the Governor, we are indeed grateful for THAT WONDERFUL CHRISTMAS GIFT to Ndi-Alor and may God continue to bless you and keep you in all your endeavors.

Ever since the announcement was made Alor Community has been agog with cerebrations for the lifting of suspension of their beloved Traditional Ruler.

Indeed Alor Community was thrown into a joyous mood with the lifting of the suspension.

It will be recalled that Igwe Okonkwo was among the 12 Igwes recently suspended by the governor for visiting Abuja without approval. Igwe Okonkwo however, as a good and loyal leader, immediately apologized to the governor and the Anambra Traditional Council and today we are celebrating.

We implore all and sundry to ignore Ngige’s few disgruntled footsoldiers who have been spreading falsehood in the media by saying that Ndi-Alor are not happy with the lifting of the of the suspension and we are here to say that nothing can be farther from the truth.

Igwe Okonkwo has been having a running battle with Ngige, who incidentally Igwe Okonkwo campaigned for to become the governor in 2003.

Dr Chris Ngige started well in Alor when he was the Executive Governor of Anambra state by making sure he brought development to Alor. He tarred some roads in Alor, put boreholes and street lights. But it wasn’t long enough before he felt threatened by the rise of another Alor son in the person of Engr Emeka Eze, OFR, the then DG of Bureau Of Public Procurement( BPP) the due process Office.

Engr Eze in his capacity as a DG tarred almost 80% of the roads in Alor, brought 3 health centers and helped graduates from Alor gain employments at federal level in record numbers( over 1000 graduates). This evolvement made Alor indegenes to adulate him and venerate him to the extent that Ngige was almost forgotten in Alor.

This development didn’t sit well with Ngige as he quickly engaged his camp to start sending subliminal text messages to indegenes of Alor smearing and criticizing Engr Eze. But this didn’t go far as Eze was a close ally of President Goodluck Jonathan who was then the President of Nigeria. He kept on attracting huge federal projects to Alor, filling Valleys and waging erosions at Saint Johns College Alor and many other erosion sites in Alor and environs with (FERMA) projects.

This squabble Continued up till 2014 when it was time to select a new IGWE ALOR because the immediate past IGWE, IGWE JC NKWOKA died in 2013 and was buried. IGWE stool in Alor being rotational falls between Uruezani and Umuokwu. Uruezani being the head according to history was allowed to produce igwe, unfortunately after 8months of ‘wait’ without producing anybody (their reason was that nobody was interested in igwe from Uruezani) the then screening committee decided to include Umuokwu hence Uruezani could not produce anybody.

A young vibrant man from Umuokwu by the name Chief Chinedu Elibe Okonkwo(42years of age then and currently 49years) came through and obtained a form with N5000 naira, went through screening processes with 3 other contestants and emerged the Winner.

Engr Eze prayed for him to lead and serve Alor well while Chris Ngige insisted he was not consulted before making the pronouncement of the Winner of the contest (even though he was part of the process from the beginning) and therefore must make sure he was never going to be crowned Igwe Alor hence he is alive.

Every processes were concluded locally from town union to local govt, to DSS screen point and finally to state Government Where the Executive Governor of Anambra state Governor Willie Obiano issued him certification of recognition.

Ever since then Chris Ngige has been at war with Igwe Elibe, doing all he can to unseat him and vowed to use his federal Might to crush him.

His Suspension was a big advantage for Chris Ngige who hurriedly went and selected one Mr Ebere onyemesiri and crowned him Igwe Alor this he did in disobedience to the existing ban on town union, Igweship and other related elections by the state government.

Not up to 30 days of selecting Ebere onyemesiri, State Government lifted the suspension of Igwe Mac Anthony Chinedu ELIBE Okonkwo and Ngige and his goons went to town with the news that Ndi-Alor rejects the lifting of Igwe ELIBE OKONKWO’S suspension, who is fooling who?

Come 30th of December 2020 with the feellers and threats coming from Ngige camp on what they planned to do that day, as they have fixed their own “OFALA” so-called same day and same OBI-ALOR venue which is the Alor Igwe/government seat of power, we are therefore calling on the Inspector General of Police IGP, Assistant Inspector General of Police AIG Zone13, Anambra State Commissioner of Police, Director of DSS Anambra State and all relevant Security agencies in the state to please reign in on Dr Chris Ngige and his goons in Alor in order to avert the blood shed they are planning to unliesh on the peace loving people of Alor on the said date. A STITCH IN TIME SAVES NINE.

Igwe Mac Anthony was never dethroned and currently has his staff of office (Certificate) By The Executive Governor of Anambra state.