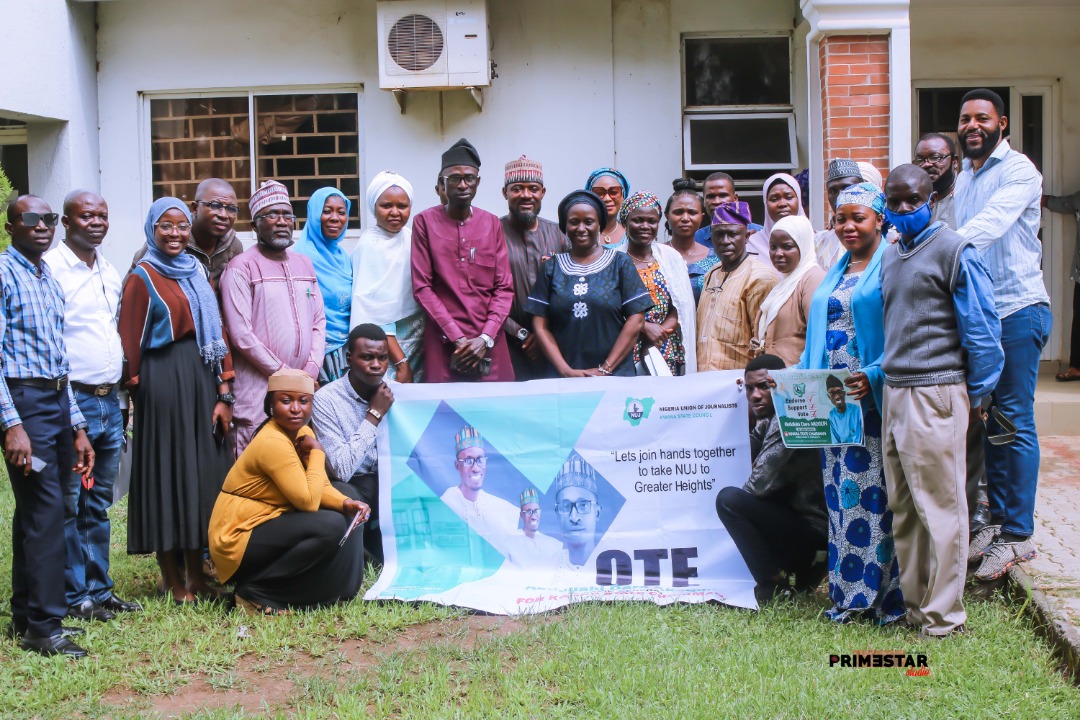 Abdullahi Dare, a contestant to the post of the Nigeria Union of Journalists top office in Kwara State on Monday took his campaign to the National Orientation Chapel of the union where he laid out his manifesto and plans for the Union.

In his speech Akogun maintained that the union requires people that are knowledgeable, wise, with stable state of mind and ready to take necessary actions for the general benefit of members.

He said that anyone to occupy the office of the NUJ Chairman or any of the executives must be independent minded and someone who believe in the union to make collective reasonable decisions for the growth of the union.

“As we all know journalists are nation builders, leaders of thought, stakeholders, opinion moulders and not ethnic jingoists, religious fanatics or individuals who cut corners.

“There has never been anywhere in the world where the religion of a human being and ethnic affiliation has determined how good or bad he leads or performs as a leader.

“Rather it is based on what he or she has upstairs, his vision, programs and ways to execute such programs, “he stressed.

Speaking further, he said “The NUJ Kwara State Council is at a critical point, where an all inclusive approach to its leadership is required, to ensure active participation of every member without leaving anyone behind.

“The NUJ must serve as a support base for journalists and members facing challenges in whatever guise without being ridiculed. We are committed to playing the ‘welfare promoters’ role for Journalists, by liaising appropriately with management of media houses on journalists welfare, prompt payment of salaries and sponsorship of professional opportunities, he added

Reacting on behalf of National Orientation chapel, the State Director, NOA Mr. Segun Adeyemi, commended Akogun for fashioning his campaign in line with the mission of the NOA which seeks to consistently raise awareness, positively change attitudes and sufficiently mobilize citizens to act in ways that promote peace and harmony.

He commended the campaign for its robustness and described Akogun as a hard working media practitioner who knows his onions and understands the workings of the Media, adding that such person will make a good leader.

In his speech, the Director of News and Current Affairs Abayomi Adeniji, while speaking on behalf of the Kwara TV Chapel said “the current executive of the NUJ in the state left the chapel to its fate when most of its transmission equipment got destroyed by thunderstorm, with no commiserations or writing to the state government on the plight of its members in KWARA TV.